Another SQL Saturday Rochester is in the books - our eighth over the past nine years. Unlike past years, I actually am going to recap the event! Ray Kim (blog | twitter) beat me to the punch with his own recap post, but that’s to be expected - he’s a much faster writer than I! 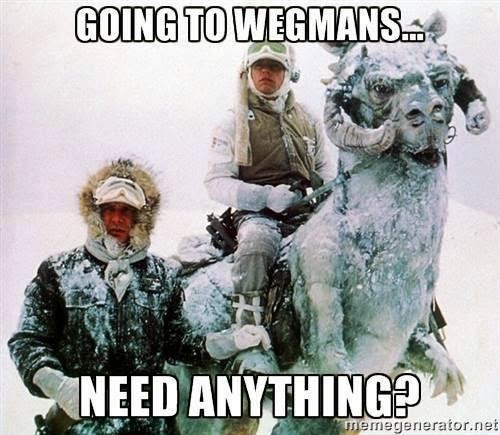 I got some interesting reactions when I started telling people we’d have SQL Saturday in February this year. Rochester isn’t exactly known for its hospitable winter weather (unless you’re into that kind of thing). We’ve historically held the event later in the spring - we’ve done it in March, April, May and even June. What kind of madman schedules an event that depends upon people traveling from afar in the middle of winter?

That would be me.

The Rochester Institute of Technology has been an excellent host and partner for this event year after year. Because we are their guests and their primary responsibility is to their students, we have to find a space on the campus schedule that’s available, in addition to finding a weekend that’s compatible with our volunteers’ personal schedules, the school calendar (for those of us with kids in school), etc. And this year, the lone date that worked was February 29. Besides, who wouldn’t leap at the opportunity to have their event on a day that won’t reappear for four years (it turns out that great minds think alike; both Tampa and Pordenone scheduled for this date as well).

Maybe we could work this to our advantage. Dates in late March and early April always run the risk of being the first weekend of good Spring weather, resulting in lower turnout. And let’s face it, passing the Vernal equinox is not a guarantee of a snow-free weekend in this region.

Early in the week, we started getting threats of high winds and blizzard conditions in the region, but relatively little snow in the Rochester metro area. The New York Thruway Authority announced that they were repositioning plow crews to prepare for the worst. On Thursday, the winds hit and even without the snow, it was getting interesting. The areas due east of Lake Erie and Lake Ontario got pummeled with snow, but fortunately Rochester was spared. The good fortune continued into Friday and Saturday. A few flurries, maybe an inch of snow but nothing significant aside from the wind. That wind made for some rough flights for some of our speakers, though.

We didn’t have precons this year, so Friday was fairly lightweight. Matt Slocum (blog | twitter) & I grabbed lunch, then staged supplies at RIT so they’d be ready to go first thing Saturday morning. Then it was on to the speaker dinner at a nearby restaurant. I picked up one speaker at their hotel and we arrived (very) early, but folks started filtering in soon thereafter. Everyone we expected to see arrived in short order (a couple people weren’t planning to arrive in town until later), introductions (where needed) were made, and we had a great time.

Saturday morning started crisp and bright. There were several other events happening in Golisano Hall this year, so we had to make sure everyone was getting directed to the right places as they filtered in. We had a few bumps in getting things started, but worked those out with the assistance of the RITSEC group that was running their ISTS 2020 event and things moved along.

We tried something new this year in increasing the breaks between morning sessions from the usual 15 minutes to 20 (in the case of one break, 30 minutes - Matt says I intentionally did this and even told him about it, but I don’t recall that happening and I don’t see it on the online schedule as I write this, so I’m utterly confused). Early feedback from our sponsors is that it was a positive move.

We had six lightning talk submissions, so we split them into two sessions of three each. I was a little nervous doing this, with the possibility of ending up with too much “slack” time. My intention was to give each of the speakers some breathing room and not leave people feeling rushed - if a speaker goes a little long, no problem. If there’s 10 minutes left over at the end, open the floor to general Q&A for all three speakers. From what I’ve heard so far, it worked out well.

I didn’t get a chance to check in on many of the sessions. This is one of the downsides of organizing the event, and what prompted me to start traveling to other SQL Saturdays a number of years ago.

With everything packed up and the venue cleared, a number of us retreated to a local establishment to kick back, relax, and hang out for the evening. Great conversations, a beverage or two, and some very tasty desserts.

One observation I made but don’t have actual numbers for is the session evaluations. Every speaker I saw with session evaluations had a good-sized stack of them. One reported that she had 20 evals for 22 attendees! These are excellent numbers and I’m really happy that our speakers got this amount of feedback. I attribute this to how the room monitors were managing the evaluation forms, and I thank them for what they did. We’ve got an idea for improving this response rate even more next year.

As both a speaker and SQL Saturday organizer, getting feedback is incredibly important to me. Positive feedback is encouraging, but what’s really important to us is finding out what we can do better for the next time around. To that end, I’ve looked through the event evaluations and and will try to address some of the points made therein.

SQL Saturday is always a lot of work, stress, exhaustion, and disruption to home life. The final week before the event, every year, I find myself asking “why do I do this every year?”

The answer to that question is, quite simply, #SQLFamily. Once those doors open Saturday morning and our community starts filling the hall, I’m reminded of why we - speakers, organizers, volunteers, sponsors - do this. Many travel from far and wide not just to teach, learn, and share, but to reconnect with old friends, meet new ones, and deepen those connections. I’m watching everyone interacting, seeing folks I know locally get to know people I’ve met at other PASS events, and thinking “wow, I cannot believe <person> is really here, in my city, at my event.” This community is unlike any other.

The day after #sqlsaturday is hereby known as #sqlsadurdy. Missing the #sqlfamily had a blast yesterday.

For the second time in the span of a month, I had a prominent community speaker express surprise that I’ve only started speaking regularly within the past year. People seem to think I’ve been getting up in front of people for longer than I really have. The good news on that front? I’m on track to speaking at least once a month for the first half of 2020.

Sometimes, my friends are “bad influences” on me. At the after-party, two people started talking me into doing something I never thought I would do, a year earlier than I had considered doing. The chances of it coming to fruition are slim but if I don’t try, it can’t ever happen, right?