Announced at DataGrillen 2019 today, the amazing dbatools PowerShell module has officially released version 1.0. This is a tremendous milestone for the best Open Source project built for data professionals. 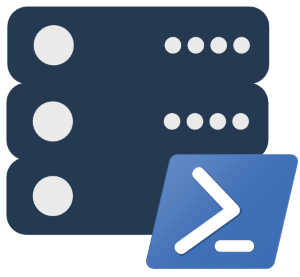 What started out as a single PowerShell script for migrating SQL Server instances in Chrissy LeMaire’s (blog | twitter) datacenter has become the most important and comprehensive Open Source toolkit for SQL Server database administrators and developers. Whether you’re managing one server or one thousand, this module is an indispensable tool which will make your day more productive and less error-prone.

dbatools 1.0 is a huge accomplishment and would not have been possible without the vision and stewardship of the project leadership team and the time, energy and code so many others have contributed to the project.

Watch Me For the Changes, and Try to Keep Up

I don’t recall exactly how it happened, but at the beginning of 2019 Chrissy mentioned that she was trying to maintain an official changelog with dbatools that people could read instead of sifting through the Github commit history. She already has enough on her plate, so I offered to help out. She gave me a quick rundown of how she was compiling the log one evening on Slack, and I got to it.

I wasn’t able to update on every release because the project was releasing so rapidly, but I checked in every few weeks to get things current. Each time I dipped in was at least an hour of updates - I should have put a recurring event on my calendar every week to stay on top of it.

The team put a ridiculous amount of effort into the final 4 weeks before this release - issues resolved, names changed, and code cleaned up. Due to work and personal commitments, I’d not been tracking things very closely over that span and was unaware of just how much had changed! It took me about 2 1/2 hours to complete this final update.

1.0 is not the finish line for dbatools. Far from it, in fact. 1.0 represents a point of stability and specific goals reached. There’s a lot yet to be done. It’s not enough to make decisions about what should go into a 1.0 release - equally important is deciding what not to put in. Many changes and enhancements were deferred to post-1.0 over the past 6 months and now it’s time to get back to work on those.

But Wait! There’s Even More!

I will be presenting a session about dbatools at SQL Saturday Albany #855 on Saturday, July 20th. I haven’t finalized the content yet (and have to revise my scripts for all the 1.0 command name changes), but it’ll be an overview of the project itself, why one would want to use it over other options, and then a tour through a number of functions to perform common DBA and data-management tasks. Please join me in Albany - we can talk dbatools all day!

You can check out the official announcement on the dbatools blog.